It's amazing how many times I have heard an "expert" testify that the breath device used in a DUI case is accurate, because it has so many safeguards that if it wasn’t working properly it wouldn't give a result. Obviously, that's not the case with the Alco-Sensor V used in Ventura County where hundreds of DUI convictions will be overturned and others will never have charges filed against them. Ventura County bought this device in January and since this time they have discovered that the Intoximeters’ breath device has been giving inaccurate readings. 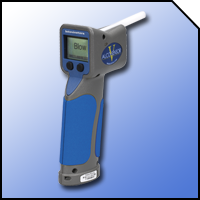 Orange County law enforcement agencies also use one of Intoximeters’ breath devices, the Alco-Sensor XL IV, which is the same manufacturer as Ventura's Alco-Sensor V. The testimony I have repeatedly heard by the District Attorney's expert during DUI trials is that the amount of alcohol my client drank is inaccurate, because the machine is always right. The breath machine has the necessary "safeguards" such as the 15-minute observation period, the calibration and accuracy checks, the .00 reading prior to testing, the deep-lung blow, the two tests within a .02 of each other and on and on- "we have all these safeguards and we have two tests, the machine, not your client, is the one telling the truth". This is probably what they were testifying to the jurors in Ventura County until just recently when they discovered an issue with the mouthpiece of the DUI Breathalyzer.

So when you're sitting in that jury box and you're listening to the District Attorney's "expert" while they tell you that the breathalyzer is accurate by explaining all the “safeguards” and ultimately ending with “it gave two results”, please think again.

For more information on DUI visit: DUI Charges
Posted by defendingyou at 11:28 AM