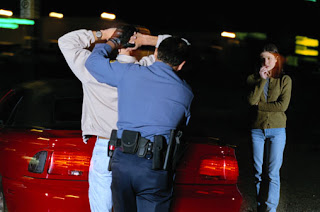 The OC Sheriff’s Department is still collecting their numbers from each enforcement office in Orange County for this year, but they expect a greater number of arrests in 2012 versus 2011 for this period.

The question is:  Why are DUI arrests going up instead of going down?  One would think that DUI arrests would decrease over the years, because of all the media hype, exposure and education, but this is not true.

One answer could simply be that people do not understand that although the common usage name is “drunk driving” that description is incorrect.  Even the first sentence of the OC Register article, states,  “(a)n 18-day period of enforcement aimed at drunken drivers…”  misleads everyone.

“Drunk driving” is even used by Mothers Against Drunk Driving (MADD) in their advertising campaigns and most obviously as a part of their name.

DUI stands for “driving under the influence” not “drunken driving”.  Legally this means the driver is impaired by alcohol and is not driving like a reasonably sober person.  Vague, yes, but definitely not “drunk” as we think of it.

The illegal limit of a .08 or greater blood alcohol level also has little merit in terms of description.  The average person would not know how much they could drink to be at the legal limit of .07 or how that would feel compared to the .08 level.   In addition, a person could be at a .07 at one moment, such as the moment they get into their car to drive, and then moments later could rise to a .08 blood alcohol level.   So even ascertain that a driver is below a .08 at the time they start to drive does not prevent a DUI arrest at a later point in time.

Unfortunately, the problem with this misnomer, “drunk driving”, causes many people who are arrested for a DUI (at least those who are not drunk) not to even realize they have broken the law until they see the numerical reading placing them at a .08 or greater.
Posted by defendingyou at 12:12 PM